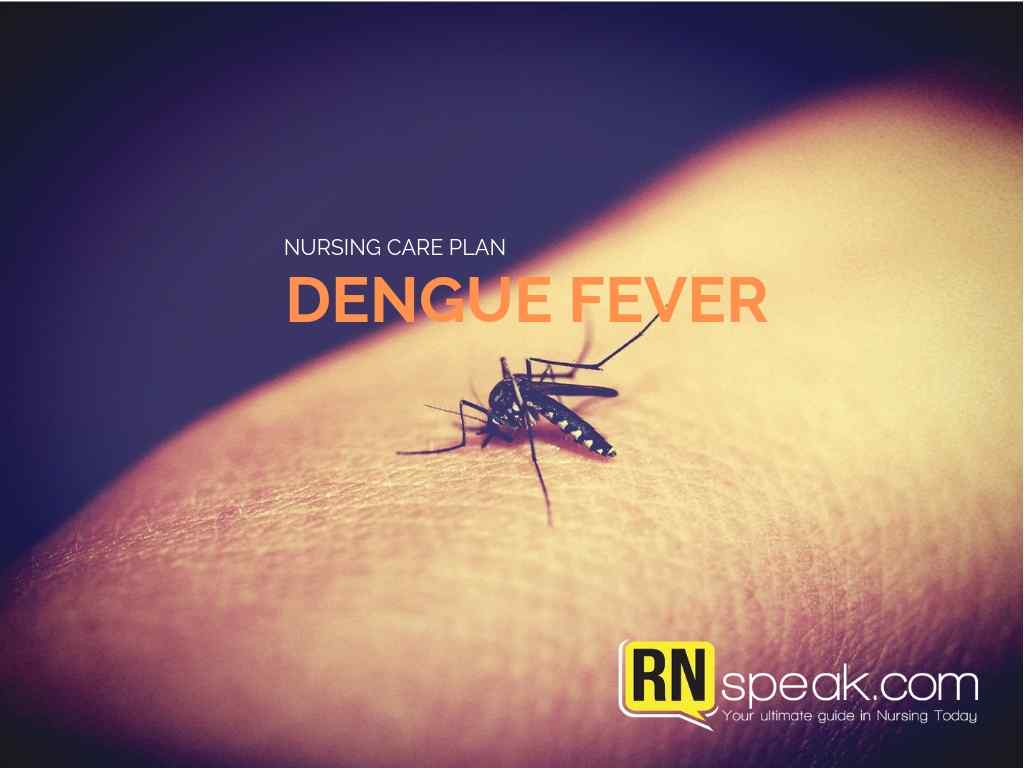 Dengue fever cases keeps on rising nowadays. It is an essential tool to take a look in a nursing care plan designed for patients with dengue fever. Dengue fever otherwise known as breakbone fever is a type of disease that is very rampant in tropical countries such as the Philippines.It is infectious in a sense that mosquitos bringing this virus can bite other human being making the disease to spread out in a certain community. There are two known vectors: Aedes aegypti and Aedes albopictus. As time goes by, it has been known that mosquitoes can even bite during the night wherein the care for patients for with dengue must be far more vigilant than before. Previously known to be day-biting mosquitoes, a unique adaptation has been made by the second vector Aedes albopictus has been done.

In order to diagnose a patient to dengue fever, warning signs were noted; these are the following: abdominal pain, vomiting episodes, bleeding tendencies. Using the laboratory results, the SGPT may also increase noting that the liver may enlarge. It is also common that the CBC result would give a high haematocrit with low platelets.

In terms of standard management and treatment, when the onset of vomiting has not been observed, constant oral rehydration therapy can really make a difference. The major goal in this stage is to prevent the onset of bleeding and dehydration. Blood transfusion is necessary only when the blood levels still decrease. During the febrile stage, the goal of treatment is to prevent occurrence of fever as well as dehydration. On the critical stage, the goal of treatment is to stabilize the vital signs as well as prevent bleeding. Blood transfusion comes into picture at this stage. On the recovery stage, the goal of treatment is focused on the prevention of fluid overload. The fluid resuscitation on the early part of dengue can also be harmful when proper monitoring of intake and output is not done.

Prevention of such cases may take drastic efforts. These efforts start with cleaning the environment and getting rid of stagnant water. Destroying the breeding places of mosquitoes can be an essential of decreasing their number.

© 2020 Rnspeak.com. All rights reserved.
The RNspeak website uses cookies to display relevant ads and to enhance your browsing experience. By continuing to use our site, you acknowledge that you have read, that you understand, and that you accept our Privacy Policy. AcceptPrivacy policy