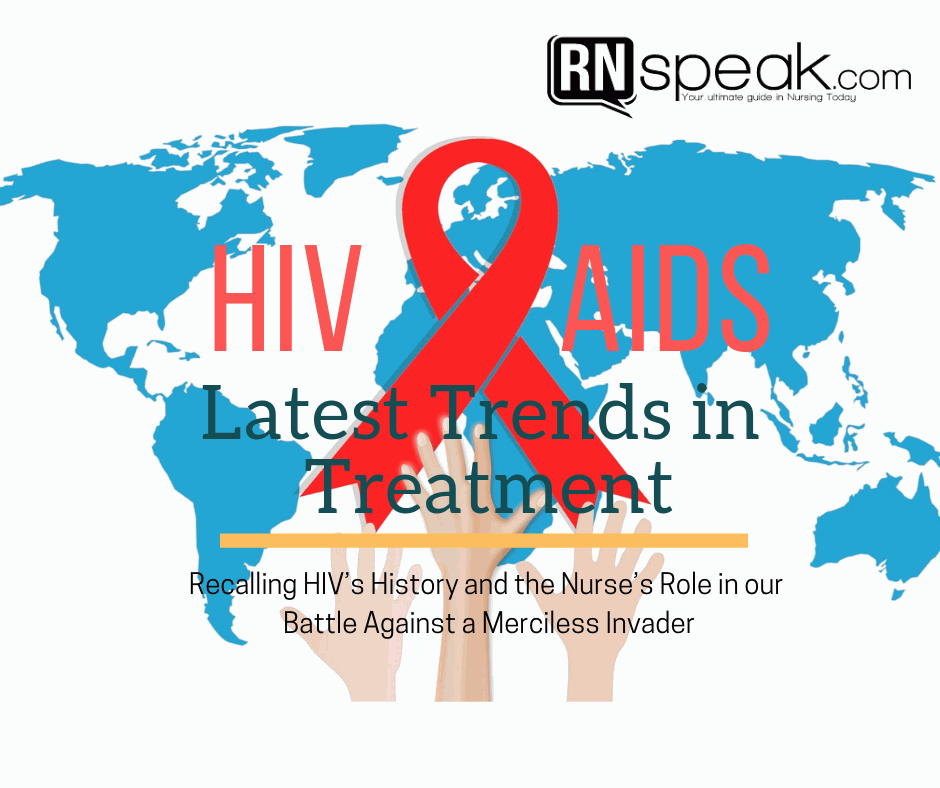 The Story of Mr. Timothy Brown and…2 more

Mr. Timothy Ray Brown, known in the scientific world as the “Berlin Patient”, had been living with HIV. When a life-threatening opportunistic infection caused by the said virus, Acute Myeloid Leukemia (AML) struck him, his doctors were prompted to perform Bone Marrow Transplant to cure the blood cancer and save his life. However, the AML relapsed after a few months resulting in another BMT for the patient. Luckily for Mr. Brown, the painful experiences from the complex procedures he underwent to gain a cure from AML proved even better for him. It defeated not only his cancer but also his HIV/AIDS.

It has been 12 years since the story of the American-born, who has stopped taking his antiretroviral drugs after recovering from his BMT Procedure, rang loudly in the health community and across the globe for being the first man to have been officially “cured” from HIV.

Now, after long years of silence on HIV/AIDS cure-related news, it seems that 2019 ushers new hope for people living with HIV and everyone in-fear of the virus.

In a recent science conference in Seattle, USA, scientists announced that another possible cure may have been achieved in another HIV positive individual. From the likes of the first appellation, they call him the “London Patient”. Still unknown or anonymous, this person has been declared to have no traces of HIV in his body for 18 months since his first and last Bone Marrow Transplant. BMT was done because he developed Hodgkins Lymphoma, another form of blood cancer.

Despite the hesitation of others to fully declare him cured given the relatively short duration, clinical studies prove that it only takes weeks for HIV to come back after a person stops his/her anti-HIV drugs – leading many to hope high for the future of HIV cure.

But, the “London Patient” isn’t the last buzz of the matter, as other media outlets are leaking about another patient who underwent the same procedure and now also has no HIV traces in his blood. This news however is still hovering around waiting for further updates, as it’s only been 4 months since he last took his anti-HIV meds.

The History of HIV

The Human Immune Deficiency Virus (HIV) as a dreaded virus may seem like a late human discovery, appearing in the limelight only in the latter half of the 20th century – 1959 to be exact – as the year it was first known to infect a man in the Democratic Republic of Congo, Africa.

In the 2010 Progress Report of the World Health Organization (WHO) about HIV/AIDS, around 35 M people are infected with the immune system-targeting virus. This heavily stigmatized virus was discovered by scientists to have mutated from a different strain (Simian Immunodeficiency Virus) found in a subspecies of chimpanzees native to west equatorial Africa. Man acquired it through exposure to their blood from hunting.

In 1981, the first case of the full-blown Acquired Immune Deficiency Syndrome (AIDS) was documented and discovered to be blood-borne and sexually transmitted. From the trend of being common among young gay men and needle-using drug abusers, it was first named “Gay-related Immune Deficiency Cancer or simply Gay Cancer” but was later changed.

By 1983, the WHO, seeing the cases rise rapidly across continents and countries declared HIV/AIDS an epidemic. This was followed by a clinical trial of the first drug administered to HIV/AIDS infected individuals in 1986 that proved the drug Azidothymidine (AZT) was effective in reducing either death or the rise of opportunistic infections among the HIV-infected people. Despite this, by 1995, the disease has gained momentum as the leading cause of death for Americans at the age of 25 to 44 years old.

In addition, according to statistics, 97% of people now living with HIV come from poor to low-income countries specifically Sub-Saharan Africa where universal coverage is still far from the target. Progress has been made but there is more to be done.

The Current Progress in Treatment 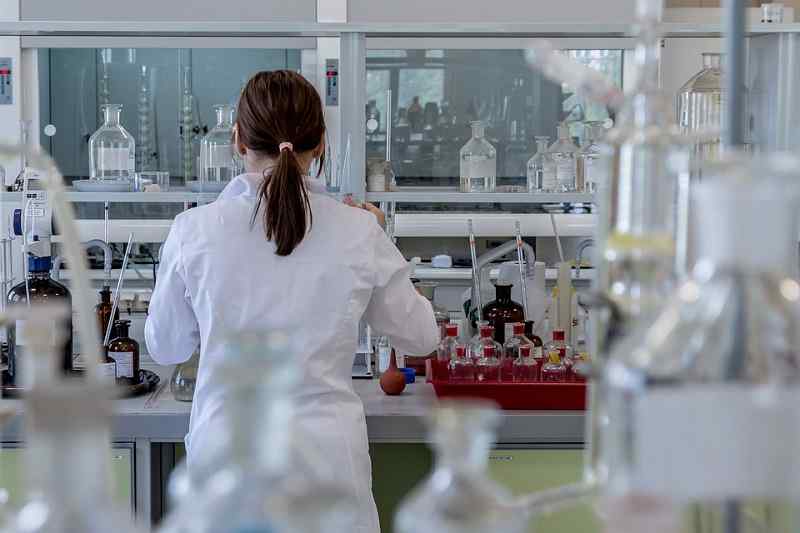 However, development in spreading awareness, control and treatment is ongoing. Understanding the virus is paramount. And scientists are definitely trying their best to understand the virus and how it could possibly mutate further in the future.

According to experts, the secret to fighting AIDS is in stopping the replication of the virus within a person’s body. The HIV virus does not invade everywhere upon entry in the bloodstream. Just like a lock and key, it can only infect if it can get inside a specific cell called CD4 T cells. These are responsible for proper immune system functioning. If invaded and their insides altered, they can no longer function the way they should.

Luckily for all mankind, there are some people in the world considered virtually immune to HIV. Those with mutations in their CD4 Cells where a molecule called CCR5 supposedly present on the surface of the said cell, is absent in theirs. Without the CCR5, the virus has no gateway towards the cells’ insides and thus cannot invade and infect them. However, according to studies, only around 1% of Caucasians from Northern and Western Europe have these genetic mutation called: CCR5delta 32 homozygosity, which comes from both parents having the same gene.

Connecting the dots, it is not the BMT per se that cured the HIV positive patients, but the source of the bone marrows which are, for both the Berlin and London patient, from people with CCR5delta 32 homozygosity, or those with known immunity to the virus that causes AIDS.

For the pre-transplant phase, the kind of transplant to be done as well as the donor is identified. This involves a series of tests and procedures for both donor and donee. The recipient is then admitted into a unit where the administration of chemotherapeutic drugs and irradiation therapy is done to ensure that his/her body does not reject the donor’s bone marrow. These can lead to side effects related to the weakening of the body’s immune system. Loss of hair isn’t even the worst part. There can be loss of appetite, nausea, vomiting, bruising, feeling of tiredness among others. Some people may not be strong enough to go through these especially HIV/AIDS patients already ill.

The last or the late post-transplant involves managing the long-term suppression of the immune system until the body of the recipient can fully adapt to the otherwise foreign cells. This stage is the longest and also crucial. More drugs and monitoring are crucial especially that the patient is already discharged from the facility and just comes back for regular visits.

As a disease that affects not only the physical but also the psychological aspect of life, the role of nurses in HIV/AIDS management is quite crucial.

The Role of a Nurse in HIV/AIDS Treatment 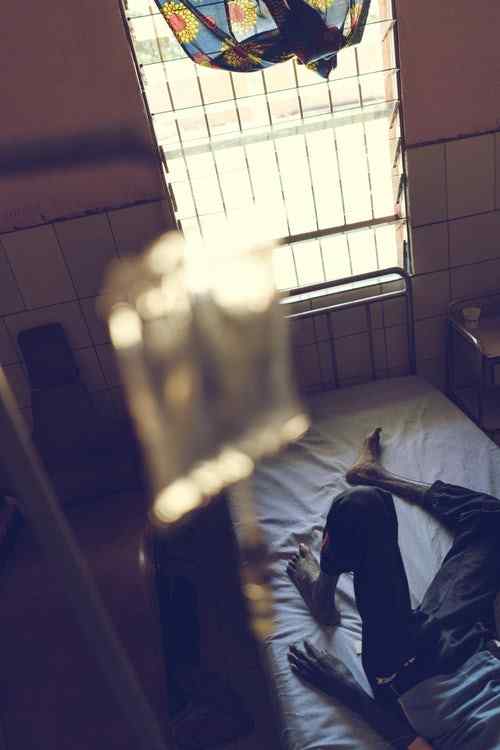 Nurses play multiple roles in a patient’s life regardless of diagnosis or disease. A nurse theorist posited that nurses should focus more on a patient’s individual reaction or response to a disease rather than the disease itself. He/she is tagged as client-centered not disease-centered. As such he/she should first assess a patient’s physical, cognitive, psychological, and emotional condition rather than just provide a series of interventions based on the book. Aside from these, a nurse must keep up to date with the current trends in treatment to effectively perform his/her function.

For example, the current trend of treatment of HIV AIDS include:

Along with these trends, nurses usually play as:

Further on, in the management of all STDs, there are Four (4) Cs used by health providers. The first one is counseling and education or giving information about the kinds of STDs including HIV and how it can be prevented in others. Next is, the use of Condoms. Proper use of condoms is advocated in the prevention of STDs. The third is compliance with treatment. Nurses should be able to explain properly the importance of completing treatment.  Lastly, contact tracing especially partners for treatment. This helps prevent further spread of infection.

HIV and AIDS are somewhat distinct in meaning. HIV means Human Immune Deficiency Virus, the virus that infects a person’s immune system and weakens it by killing CD4 cells, one of the cell types responsible for regulating the body’s immune responses. On the other hand, AIDS is a collection of potentially fatal illnesses and cancers that cannot be fought by an HIV patient’s compromised immune system.