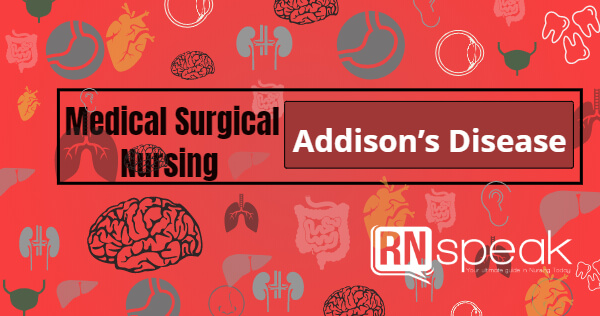 Did you know that the body part responsible for controlling mineral or salt content in the blood is the same body part responsible for promoting the normal cell metabolism and producing the sex hormones both in men and women? What’s more interesting about it is how small it is compared to the huge function it does in our body. The adrenal glands are two bean-shaped portions that curves over the top of the kidneys. It is a part of the endocrine system and it is responsible for producing a number of important hormones.

Brief Anatomy of the Adrenal Glands

As mentioned above, the adrenal glands are organs that curved at the top of the kidneys. The name directly relates to their location where ‘ad’ means near and ‘Rene’ means kidneys. Hence, its name suggests it is located ‘near the kidney.’

Glucocorticoids, the second hormone secreted by the adrenal glands, produce cortisone and cortisol which are vital in promoting normal cellular metabolism. In addition, these hormones are extremely helpful in assisting the body to resist long-term stressors by elevating the blood glucose levels in the blood. Hence, these hormones are otherwise known as ‘hyperglycemic hormones.’ Aside from body metabolism and resisting long-term stressors, glucocorticoids also have anti-inflammatory properties. Throughout life, the adrenal cortex also produces sex hormones in small amounts in both males and females.

The adrenal medulla, located at the inner portion of the gland produces adrenaline which helps the body cope with stress. Some people have the misconception of linking adrenal glands only to stress. It is not incorrect but it lacks detail on how these glands are keeping the body together even in non-stressful conditions.

In Addison’s disease, the problem is centered at the adrenal cortex. Patients diagnosed with this condition have inadequately produced cortical hormones to meet the needs of the body. In some cases, aldosterone is insufficiently produced as well.

Signs and Symptoms of Addison’s disease include the following:

Sodium retains fluid in the body. If the sodium content is low and potassium is extremely high for a long time, chronic dehydration may take place.

What is an Addisonian Crisis?

As the condition progresses, hypocorticism causes hypotension, and later on the patient experiences Addisonian crisis characterized by the following clinical manifestations:

What makes this condition dangerous and deadly is how simple overexertion, exposure to cold, or presence of acute infections can lead to circulatory collapse, shock, and worst death.

Addison’s disease is treated by replacing the poorly produced hormone (corticosteroids). Hormone replacement controls the symptoms and these medicines should be taken for life. Yes, the client won’t stop taking the hormone replacements even after he or she is feeling better.

As a nurse, it is important to educate the client NEVER to skip any medication dose otherwise it may result to life-threatening reactions. Individuals with adrenocortical insufficiency are also taught on how to inject themselves with an emergency injection of hydrocortisone during stressful situations. Medical ID stating the client’s condition should also be carried anywhere he or she goes. The ID contains the medication to be given to the client in emergent situations as well as the required dose to be injected.