This covers various topics in Pediatric Nursing from Erikson’s psychosocial theory, Nursing Prioritization, Management and Care of Cleft Lip, and Palate. This approach is a comprehensive type of exam since the Nursing Board Exam is also a comprehensive one. 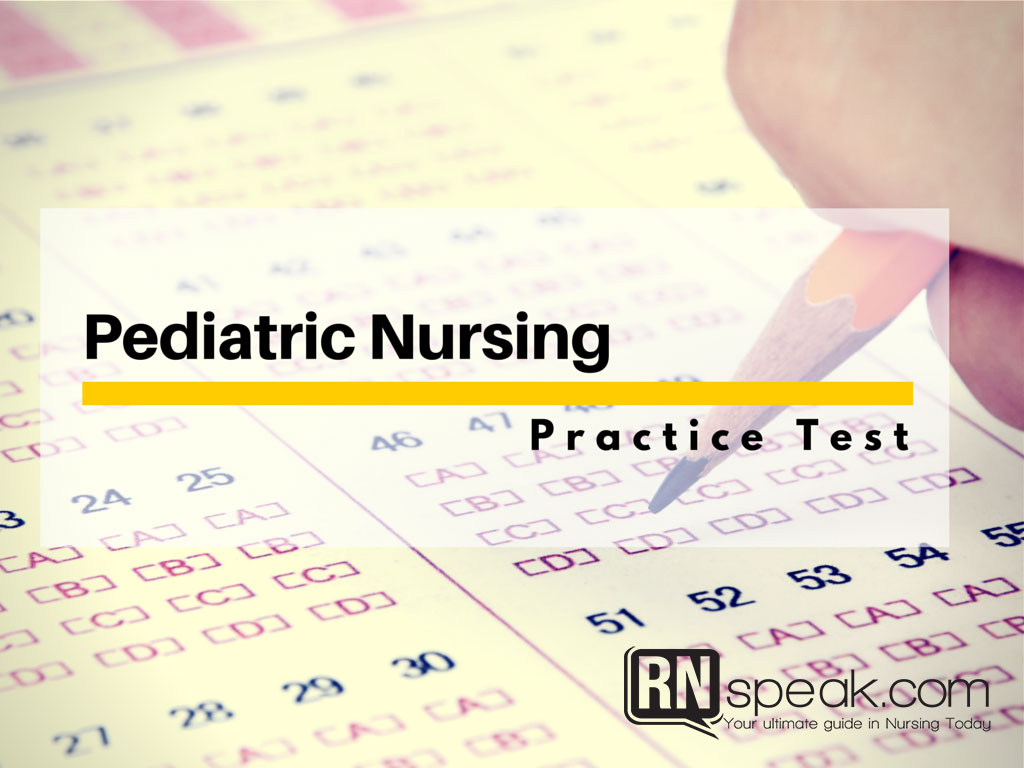 This is a multiple-choice type of examination. Choose the BEST answer. Read the questions carefully before answering them.

1. In the pediatric surgical ward, you have been assigned to a one-month-old child with cleft lip and palate.

You have to teach the mother a proper way of providing nutrition to the child. The following are correct steps except:

A. Use rubber nipples with a small opening in order to prevent aspiration
B. Place the child in a semi-upright position when feeding
C. Feeding session should be done slowly
D. Teach the mother to stimulate the sucking reflex by rubbing the nipple against the lower lip of the baby

2. You were then asked by the mother when is the best time for surgical intervention for a cleft palate?

3. A child has been recovering from an operation on the cleft lip. What is your priority nursing care?

4. Which of the following is the most common problem in infants when it comes to their gastrointestinal problem?

A. Achalasia
B. Gastric Ulcer
C. Intussusceptions
D. None of the above

5. Which of the following effective nursing intervention in order to prevent the occurrence of Gastroesophageal reflux?

6. The following are signs and symptoms of asthma except:

A. Fatigue
B. Yellowish skin
C. Moist skin
D. Use of accessory muscles

7. A mother would like to know the reason why there is asthma in her child. How would you explain it?

8. According to the National Asthma Education, mild intermittent asthma is occurring when the symptoms are:

9. In the emergency room department, a child was rushed due to difficulty of breathing due to an asthma attack. What is the least nursing action?

A. Provide health teaching to the family
B. Check for airway patency
C. Request for Chest X-ray STAT
D. Give hydrocortisone STAT

10. These are common irritants that would start an asthma attack, except:

A. Psychological stress
B. Fast and binge eating
C. Environmental factors such as air pollution and smoke
D. Dust mites

11. In assessing a toddler, which of the following options is a sign of delay growth and development?

A. Growth rate is about 3 inches
B. Bowleggedness
C. Weight is 38 lbs
D. Protruding abdomen

12. A mother started to complain that her 2-year-old daughter starts to be picky in food choices. What is the appropriate health teaching?

13. A mother would like to ask when is the best time to teach the child to use utensils.

14. According to Erikson’s stage, what is the stage of a toddler going through?

A. Trust versus mistrust
B. Initiative versus Guilt
C. Autonomy versus Shame
D. Identity versus Role Confusion

15. As a nurse, what is the best way to prevent rheumatic fever in a child who has always tonsillitis?

16. What is the earliest time that a child can be diagnosed to have autism?

17. A nurse can observe autism when a child exhibits:

A. Hyperactivity
B. Silent at all times
C. Being shy
D. Crying all the time

18. A mother would like to know what a good activity is for a child with autism, the best response would be:

19. Since autism has no cure, how can you teach a parent to cope with autism?

20. These are the possible causes of autism except:

21. One night, a child was rushed to an emergency room with the following symptoms: fear of physical contact, apprehensive, bruises all over the body. These are possible signs of:

22. In caring for a child as a victim of physical abuse, what is the nursing priority?

23. As a nurse, which of the following options is true about abused children?

24. A 14-year-old child is brought to the emergency room department for an acute asthma attack after basketball practice, what is the initial assessment a nurse can have in a form of a nursing diagnosis?

25. When assessing the development of this 14-year-old child, as a nurse you must recognize that his developmental task is:

A. Being shy with his age groups
B. Being an achiever
C. Developing a sense of identity
D. Developing intimate love with the opposite sex