Have you heard of the anti-vaxxer movement? One Registered Nurse slams parents who joined this movement with the truth.

Vaccines are products known to man as protection from serious and potentially deadly diseases. However, in 2006, there was a 12% increase in the refusal of parental vaccine. And it continuously increases as many parents join a certain movement which is known as the “anti-vaxxer” movement.

To vaccinate or not to vaccinate, that is the question. This has been controversial debate topic for many years. These anti-vaxxer parents are trying to make a connection between vaccination and autism, as well as other brain disorders, even though there are no scientific evidences to support such claims.

Meggy Doodle, a mom and a registered nurse posted on Facebook her own argument against these movement and explained how they endanger the lives of their children.A certain comment was made in which she would not want her kids to be vaccinated as she grew up healthy and disease-free without majority of the vaccines. She believes that this would also work well with her kids.

However, she also believes that these same parents and individuals who are against vaccines should also not be allowed to visit any doctor’s clinic or even receive any medications made by big pharmaceutical companies which includes antibiotics, steroids and chemotherapy.

Vaccines are not the only products produced by these big companies, but even inhalers being purchased by parents for their asthmatic kids or even medications and essential oils used to treat a disease.

She ended the post by writing, “Everything has risks. Everything has side effects. Medicine is not perfect,” acknowledging that vaccines, along with other medications and procedures, come with risks but are scientifically proven to be safe and effective.

“We advocate for vaccinating your children and yourself because science has PROVEN it’s the most effective method of controlling the spread of disease and giving you and everyone around you the best chance of NOT DYING from something preventable.” She added.

Some of the comments do not agree with Meggy Doodle. 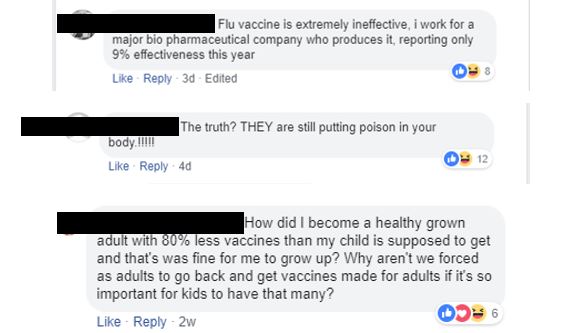 A certain comment was made in which she would not want her kids to be vaccinated as she grew up healthy and disease-free without majority of the vaccines. She believes that this would also work well with her kids.

However, most of the commenters agree with Meggy Doodle. They are even proud of her for spreading such information.

One commenter even shared her granddaughter’s experience with pertussis and how vaccination may possibly help in prevention of future diseases.

One commenter praised the post and even mentioned about herd immunity.

Herd immunity is when a large number of a given population becomes immune to a disease or an infection because of vaccination. 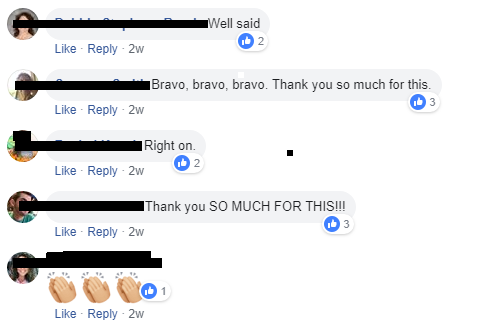 On May 2018, a survey showed that the American’s support for vaccination has fallen 10 percent in the last 10 years.

In 2008, 80 percent of the population said that vaccines such as those for polio and measles are very important, however, it fell to 70 percent after 10 years.

Researchers say that because of the decline of diseases such as measles, chickenpox, mumps and cough, people does not remember the importance of vaccine anymore.

“Because we don’t frequently see these diseases anymore, we don’t perceive the risk of not getting vaccinated.” Julie Bettinger, a vaccine safety scientist in Vancouver, Canada, told Today’s Parent. “But the diseases we developed vaccines for – like polio, which killed or crippled thousands of children – were selected precisely because they’re so severe.” She added.

As mentioned previously, herd immunity, protects a community as a whole. Whenever 80 to 95 percent of the community is vaccinated, the community, not only the individual is immune to the spread of a disease and is controlled, making it unable to spread. This is the main reason why those people in a community who are unable to get vaccinated, including the sick ones, those people at extreme ages, also become protected from the spread of a disease.

When did anti-vaxxer movement start?

Critics for these vaccination dates back to the mid to late 1800s when smallpox vaccine was introduced in England and the United States. Arguments revolved around its safety and efficacy, side effects and the use of mercury-containing preservative called thimerosal. This also led to the creation of The Anti Vaccination Society of America in 1879.

Benefits of Being Vaccinated 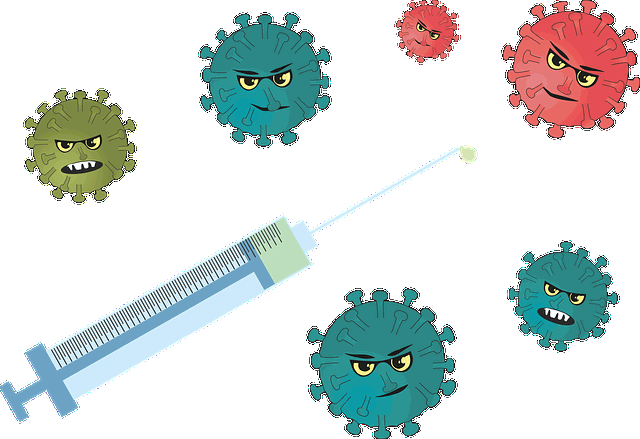 Vaccines are widely known to prevent diseases. In fact, vaccination is considered to be one of the top ten achievements for the 21st century by medical professionals. Vaccines decreased the rates of diseases such as measles, diphtheria, mumps, pertussis, smallpox, rubella, polio and tetanus dramatically. These decline is mostly attributed to vaccination and not because of good hygiene or sanitation. If we stop vaccines, preventable diseases will most likely increase and return. It only takes one person to carry the virus or infection and spread it to another country when travelling.

Vaccine is not only a personal choice. A vaccinated community prevents further spread of diseases especially to infants who are too young to receive vaccinations, pregnant women, elderly, patients with weak immune system and members of the community who are allergic to components of vaccine.

Before vaccines are being introduced to the public, it undergoes rigorous safety testing by the Food and Drug Administration (FDA) and are continually monitored for safety. Vaccines may cause some discomfort or pain, redness or tenderness at the site of inoculation but these is very minimal when compared to the symptoms being experienced whenever contracting preventable diseases.

Vaccines reduces, or if not, eliminates preventable diseases. For example, if smallpox vaccination is being done by all people worldwide, this may result into eradicating smallpox and disabling it from spreading. Another example is when a child is vaccinated against rubella, the pregnant woman will not be able to pass on the virus to the fetus or newborn, thus, further preventing the child from any birth defects associated with the preventable disease.

In conclusion, if we continue on vaccinating now, further spread of diseases may be prevented and may protect the whole community from any adverse effects associated with these diseases. There may be minimal risks associated with getting a vaccine, but these are very rare. Overall, the benefits of being vaccinated outweighs the risk, therefore, having to choose not to vaccinate is a riskier choice. As registered nurses, it is our duty, just like Meggy Doodle, to spread awareness regarding vaccines and disseminate proper information.