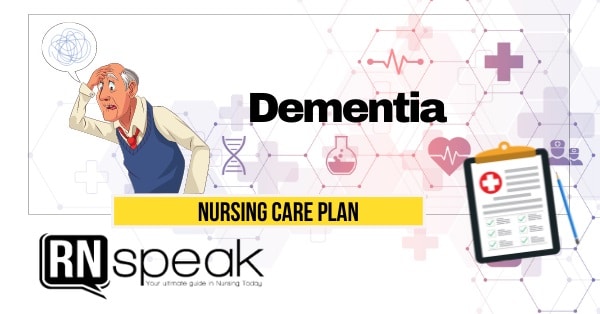 Dementia is described as a cognitive impairment that commonly happens in senile people. But according to Shives (2008), it is characterized by impairment not only of cognition but also of judgment, orientation, memory, and attention or JOMAC. It is a debilitating disease that affects a person by either a slow, gradual deterioration or at times, rapid deterioration of said aspects.

Based on the DSM-IV-TR, there 12 subtypes of dementia which means that there are other factors by which dementia occurs. It could be due to simple head trauma, vascular origin, some medical condition like Huntington’s disease or Parkinson’s disease and basically because of Alzheimer’s disease.

The common manifestations of dementia are confusion, restlessness, agitation, wandering, aphasia, apraxia, agnosia, and amnesia. Nursing considerations should include safety and security, assisting in basic needs, enhancing memory and judgement, and promoting health.

Recently, a study published in Medscape.com about dementia reveals a result that long-term care based at home showed that those who received collaborated care less likely to leave the home than the traditional care being given. Those respondents have been diagnosed to have cognitive disorders. The study pointed out that the kind of intervention determines the quality of nursing care.

“Mama seems to forget herself nowadays. So, I help her clean herself and wear her clothes every day.” As verbalized by daughter.

Client will be able to maintain physical care with less assistance and on the level of her ability, after 2 weeks of intervention.

Client will be able to participate in activities that would promote her level of functioning and learn and recall previous capabilities, at the end of nurse- patient social interaction.

Client is able to groom and dress herself with minimal assistance or with assistance as necessary.

Client is participative in activities like fixing and feeding self at her own level of ability, reminiscing previous roles and capabilities, and learning or relearning tasks (enhancing memory) needed for her to accomplish her ADLs.