Nursing is a profession that is known by a handful not for its nobleness but for being paid less despite juggling several hats. Yes, there are those who might consider this a scandalous issue, however, this is what most nurses have to deal with. 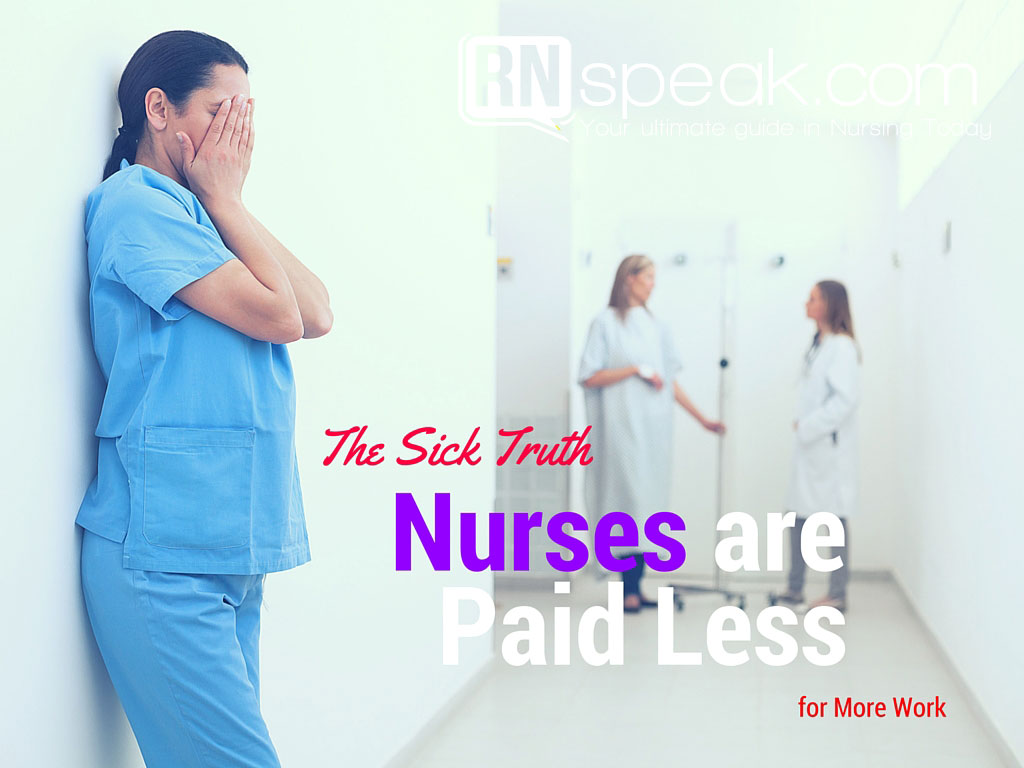 In the past few years, nurses have been clamoring to be heard by their respective administrations regarding their wages and workload. Their cries have unfortunately, fallen on deaf ears. Why has it come to this? When has this noble profession become an ignored cause?

There are times that the nurse to patient ratio skyrockets due to lacking manpower in institutions. In India, specifically in Doon Hospital, nurses are outraged because the ideal nurse to patient ratio set by the Indian Nurses’ Association is 1:3. However, the Indian Public Health Standards has increased the ratio to 1 nurse for every 8 patients due to a quick turnaround rate.

In the Philippines, the average income of a nurses can go low as P4,000 to P12,000 for private institutions. For government institutions, it should be P25,000 for entry-level nurses, however most nurses are still underpaid despite of the given standard.

Nurses find that instead on focusing on the needs of their patients, added workloads and patients mean they compromise the quality of care they dole out. This may not sound dangerous as some would think, but there is a direct relationship of higher patient ratios to higher mortality rates.

On average, a staff nurse in the UK earns £12.76 per hour, while in the US, nurses make $33.29 according to payscale.com. People have bills to pay, families to support, and dreams to reach, but with the meager pay they will receive, why settle for that kind of work?

It cannot be denied that every year, thousands of nurses get their license released, yet more than half of them would rather work in other industries because the compensation for a nurse, just doesn’t cut it. Those who are passionate about their calling would find second jobs to support their families, while some would stray from the nursing profession indefinitely.

It doesn’t take a genius to realize that there is a decrease in the nursing staff partly due to the unfair compensation. When people really think about it, unless these issues are addressed, the end point will only be poor patient care.

So what do you think about the article? Share your experiences, thoughts, reactions, and comments. Are you also underpaid? Are you compensated accordingly to what you deserved as a professional?

The Story Behind the Face Mask