We already heard substantial information about Zika virus, which usually comprises of basic knowledge about, but what else do we need to know with regards to this disease? By this time, we should be bombarding ourselves with updates that would equip us in becoming effective. The rate of its prevalence may not be as fast as other diseases. However, we must not underestimate these figures for it could surprise us a few weeks or months from now.

Here are additional information and updates that may bring a better understanding of Zika Virus.

1. There are two culprits for spreading Zika Virus: Aedes aegypti and Aedes albopictus

Aedes aegypti is a well-known vector for yellow fever virus, dengue virus and chikungunya virus, while Aedes albopictus is a known vector of dirofilariasis, chikungunya virus, and dengue virus. Though these vectors have common denominators, they originated in different areas. Aedes aegypti is known to originate from Africa that eventually spread in other tropical and subtropical parts of the world. Shipping activities and global trade facilitated the spread of this disease. This specie was identified to have a high vectorial capacity for viruses such as yellow fever virus, dengue virus, zika virus, and chikungunya virus.

On the other hand, Aedes albopictus is known to originate from Asia and eventually spread through the same means. But unlike, Aedes aegypti, albopictus can adapt in broader temperature range as well as cooler temperature, allowing them to persist in more temperate climates. In addition, this specie of mosquito lives in close proximity to people, but not as close as aegypti.

2. The distribution of Aedes aegytpi and Aedes albopictus greatly varies in the United States.

Based on this estimated distribution, it can be noted that Aedes albopictus more prevalent in the United States as compared to aegypti. This could be due to the fact that this specie can tolerate wide range of temperatures allowing them to adapt and survive in different locations.

3. Transmission of Zika Virus is not only limited to Mosquito Bite.

Apparently, Zika virus is not like Dengue virus which can only be transmitted by an infected mosquito by biting other people. According to CDC, these viruses can be transmitted in 4 different means:

4. What is the difference of Congenital from Perinatal transmission of Zika virus?

Intrauterine transmission, also known as congenital transmission, is when a pregnant mother was infected by the virus during pregnancy (but at least more than 2 weeks prior delivery).

Perinatal transmission on the other hand is when a mother got infected by the virus within 2 weeks prior delivery. This type of transmission, the child has a great likelihood of developing symptoms such as fever, joint pain, maculopapular rash, and conjunctivitis.

Microcephaly is a condition in which the child’s head is significantly smaller than the head of other children of the same age and sex. However, the size is not the only concern of this condition, but also the impact on their development. According to Mayo Clinic, the child may experience developmental delays, particularly in movement and speech. In addition, there could also be a possibility that they may have difficulties with balance and coordination. Other complications of this condition are seizures, mental retardation, dwarfism, and facial distortions. 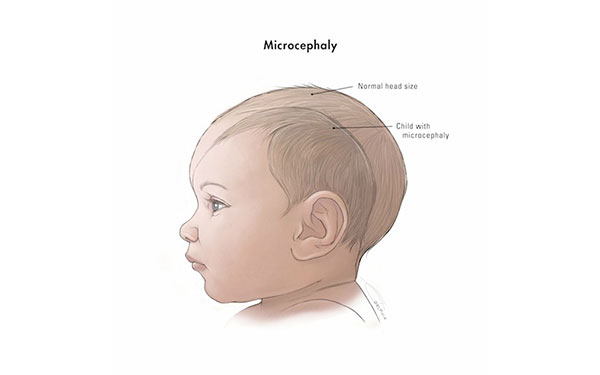 6. How is Zika Virus different from Dengue Virus, Chikungunya, and Yellow Fever?

To be honest, they have more similarities than differences, which is why it is very challenging to see how they differs thru our naked eyes. But to help us see their discrepancies, I created a simple chart that could guide us of their similarities and differences.

Looking at this chart, it appears that there is a stronger similarity, instead of differences, among these viral diseases. Though it may be challenging to determine its differences, the easiest way could be how severe the symptoms are. As compared to these viral diseases, Zika has one of the mildest manifestations. However, the complications and transmission is wider as compared to the other three.

7. What are the Best Preventive Measures for Zika Virus?

The precautionary measures for this virus would likely be the same for Yellow fever, Chikungunya, and Dengue. But since Zika Virus has more means of transmission, it would also best to add these preventive measures on your list.

8. What is the Current Statistics about this Virus?

According to CDC, as of March 16, 2016, Zika virus disease and Zika virus, congenital infection is now considered to be nationally notifiable conditions. The prevalence of this disease is still growing. In the United States, about 258 were already reported. From this figure, 18 of them are pregnant women and 6 of them got the virus thru sexual contact. In U.S Territories, the numbers are higher. There were 283 locally acquired cases and 3 travel-associated cases. From 283 cases, 35 of whom are pregnant women.

In the Philippines, the number of people infected by Zika virus has not been defined yet.

But according to the Department of Health (DOH), an American woman who had a vacation in the country, was now tested positive when she came back to the United States.

DOH expound that the Zika virus is no longer new to us because they have already documented one case in Cebu City in 2012. After this, there were no other cases reported. Thus, Health Secretary Janette Garin advised that we shouldn’t panic for this is not considered to be an epidemic in the country.

An overflowing treatment is nothing to handful prevention. This is a fact that most of us often marginalized, merely because we don’t feel any symptoms yet. But this mindset sometimes leads us to actually developing the disease and even suffering from its complications. Though the Zika virus is not yet as prevalent as it is Brazil or United States, it shouldn’t be our excuse in becoming less cognizant of our surroundings and actions. It is imperative to stress on the preventive measures and make more people become aware of its implications so that we know how to better manage this virus. Again, Zika virus is not merely the same with Dengue, Yellow fever, and Chikungunya. Its symptoms may be less detrimental but its long-term effect is more aggravating.