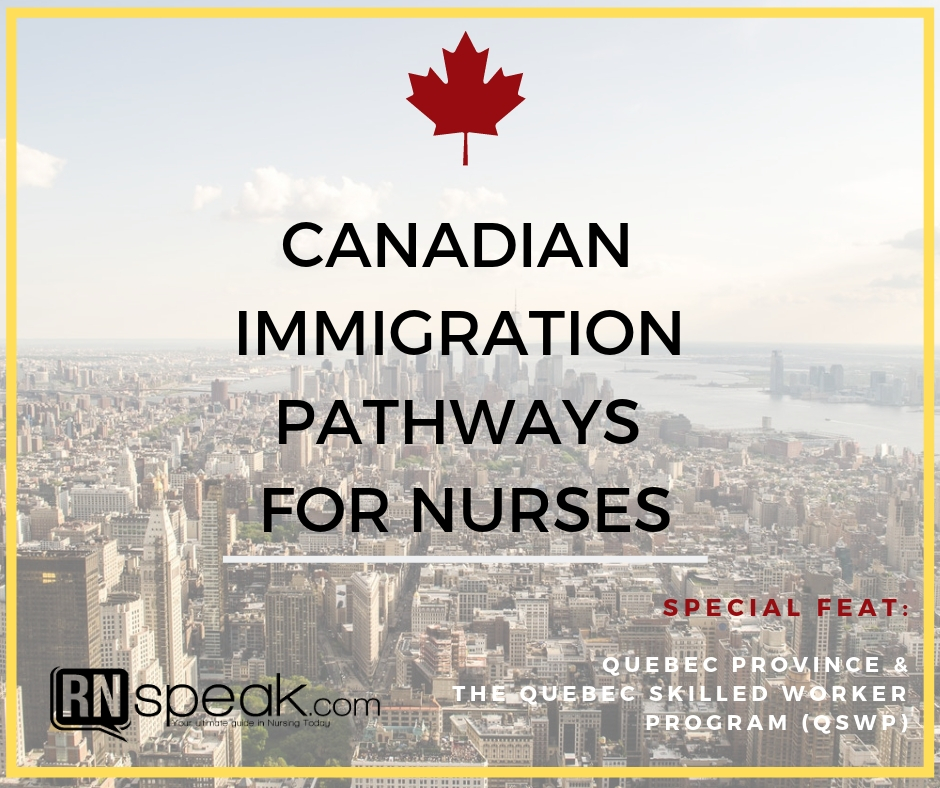 Who wants to live in a country brimming with dozens and dozens of ethnicities? You might be thinking of the cities in the United States of America (USA), close, but not quite. We’re talking about a country where that could just as well be another land of opportunities. Notably, we will zoom our lenses to one of its provinces, a vibrant setting where classic art and modern living mingle elegantly. A place where aside from English, another language predominates – Bon Apetit! Merci! Mademoiselle! Yes, we’re talking about the sultry language of Coco Chanel and Louis Vitton – French. But not in France, mind you, but in Canada, Quebec, Canada.

Canada with concerning to Immigration

Canada has been a famous immigrant country since time immemorial, so that immigration is a vital issue needing state policies that work for all. Indeed, history tells us of a Canadian government that has crafted, modified, and even drastically changed plans several times, intending to achieve the most substantial economic growth possible. But it was only in 1976, with the passing of the Immigration Act, that Canada officially became a destination for migrants all over the world. Before then, around the first half of the 1900s, there were policies limiting migrants to those of white American, British and European descent (thankful to recent-decade policies). However, while all of these might be interesting, the boggling question to the average person remains thus: “Why does Canada want immigrants?” It’s because immigrants benefit Canada in many ways:

Analysts keep concluding that Canada needs to grow its population more to strengthen its economy further. As Suri Akhila said in his article in timesofindia.indiatimes.com/, Canada needs immigrants as much as immigrants need Canada.

Immigration pathways for nurses in Canada

This is a system used by the Canadian government to fast track applications for permanent residency for those deemed most likely to succeed using an eligibility screening based on age, education, work experience, language proficiency (French or English), and financial capability. Visit the government website https://www.canada.ca/en/immigration-refugees-citizenship/services/come-canada-tool.html for the selection. It will only take minutes to check your eligibility. The benefit of the express entry is that processing times, as the term express denotes, are fast. The system generates a Comprehensive Ranking System (CRS) Score for applicants who have submitted their profiles and then puts them in a pool of applicants. Those at the top ranks are picked first. To increase one’s chance of being selected, one has to work to improve his/her score continually. If a tie happens, the tie-breaker will be the date of the profile submission.

The fact behind this program is that studying and earning a Diploma in Canada increases one’s viability to find work in Canada compared to obtaining a diploma elsewhere. This is why the Study 2 Immigrate program has become an option for many skilled workers, including nurses. Aside from increasing one’s viability, another benefit of this program is the speedy processing time. If you check this website, you can accurately determine the processing time for your country: https://www.canada.ca/en/immigration-refugees-citizenship/services/study-canada/study-permit.html. For example, if you come from the Philippines, the processing time of one’s application is seven weeks. Firstly, however, you have to be eligible to get a study permit. And you are only suitable if you are enrolled at a designated learning institution (DLI), and you can prove that you have enough funds to pay for your tuition fees and living expenses as well as return transportation for yourself and your family. You also have to undergo medical screening to see if you are fit to study and show proof that you are not a risk to Canada, and you will leave the country as soon as you are done. That is usually 90 days from your date of completion.

This program was created on the premise that each province or territory has its own labor market needs. For example, British Columbia may need more university professors and teachers and thus have the majority of their nominees with related skillsets. The national government of Canada has given authority to these provinces and territories (PTs) to nominate individuals, who also want to live, work and settle in Canada provided, however, that they have valid job offers. Provinces with PNPs include British Columbia, Alberta, Saskatchewan, Manitoba, Nova Scotia, New Brunswick, Newfoundland and Labrador, Ontario, and Prince Edward Island.

The Quebec Immigration has 3 programs: the Quebec Experience Class, the Quebec Business/Entrepreneur Program and the Quebec Skilled Worker Program. However, since we’re looking into the pathway for nurses, we will focus on the QSW.

Getting to know Quebec

You might ask, why Quebec of the many provinces and territories of Canada? 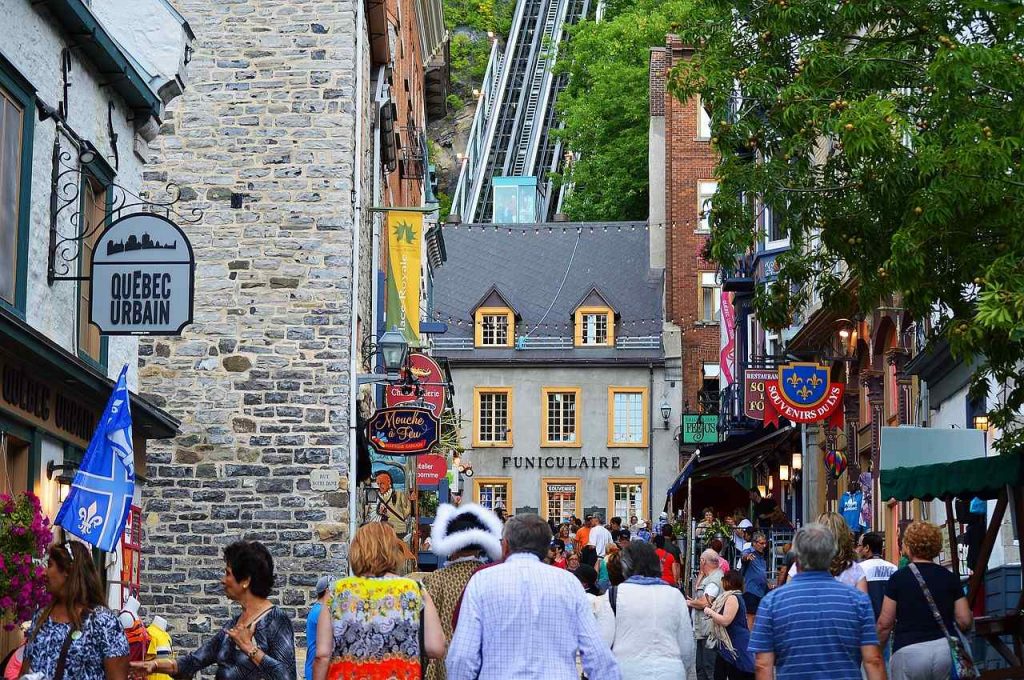 Quebec is a province with many things to offer. Here are some interesting facts about the largest province in Canada.

However, Quebec also has its share of problems, including a declining population and a shortage of skilled workers. The province is projected to have a shortage of around 20,000 nurses by 2022. This is a large-scale setback that the government plans to resolve by attracting more newcomers to the land.

Personally, this writer is an applicant of the QSWP who, at this point in time have only finished the Medical Exams and waiting for the request for the passport to be followed by the Visa Stamping. I wish to share with you what I know about the steps in applying. However, since my date of application, changes have been made into the system, and we will look into that later.

But first, let’s get past the beautiful land to know deeper about Quebec’s immigration attractions…

Aside from the famed beauty of the place, Quebec has one of the best immigration services there is, offering the following services to newcomers:

-Since French is Quebec’s first language, it is an asset to learn the language on a level of proficiency you desire to learn it. Without much debate, it is one sure way to a faster integration in their society. I bet you, there are dozens of websites that offer French lessons for a fee but this one is for free! And there isn’t a better way to learn it. However, even before you get there, I suggest you start learning bit by bit. As in any language, there are levels of proficiency beginning with A1, followed by A2, B1 and B2 as the most proficient. I haven’t even reached A1 yet but I’m enjoying learning it. French is pretty much connected to English as hundred of English words have French connections (i.e. habiter – to live, comprendre – to understand)

-These are indeed real helpful services they’re talking about. I received an e-mail from www.care4nurses.org asking if I wanted to participate in the FREE (that’s right) Pre-arrival Support Services (PASS) and avail of any or all of the following: online courses on occupation-specific language, webinars on the Canadian Healthcare system and nursing registration process as well as one-on-one case management for information on referrals for language, employment and settlement services upon arrival in Canada. All one had to do to avail of this, is to fill up a registration form in the pass4nurses website.

The life expectancy at birth in Quebec is among the highest in the world at 81.8 years. Perhaps this can be partly attributed to the fact that Quebecers health and welfare needs can be taken cared of for free by the government through the Quebec Health Insurance Board called RAMQ or Regie de l’assurance maladie du Quebec. This means that essential medical care except cosmetic treatments like plastic surgery are free for all who have registered with RAMQ and obtained their Provincial Health Insurance Card. 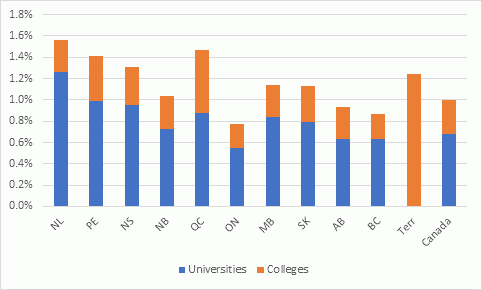 Alex Usher, an international expert on student financial aid and quality measurement in post-secondary institutions, recently wrote an analysis to the question of “Which provincial government in Canada spends most on post-secondary education?” As seen in the graph, Quebec rises high in terms of % of spending based on their ability to pay, in Economics, based on their Gross Domestic Product. The 2015-2016 graph shows Quebec spending above 1.4% of its GDP to post-secondary education, bested only by Newfoundland.

As the Education Bill stipulates in Chapter 1 Division 1:

Yes, public schools are usually free for residents of a place up to the post-secondary but in Quebec, school is free to all regardless of immigration status. This with the Passage of Bill 144 just this year. Parents only have to present a proof that they live in Quebec before they can enroll their children for free to primary and secondary schools. Prior to this, enrolling one child in primary school costs parents 5,000 dollars year and 7,000 a year for secondary.

Now, the most important question in this article: How does one become an immigrant in Quebec?

Considering that we have done a little research on Canada, its immigration pathways and finished getting to know Quebec province and what it has to offer, let’s proceed to the specific set of information we need to get there to do some snow shoveling and make a snowman (kidding aside), to become a full-fledged immigrant.

To start with the Quebec Skilled Worker Program, you can either hire a Visa Assistance Firm or Agency or visit this link for assistance: https://www.immigration-quebec.gouv.qc.ca/en/index.html

Real Stories from Nurses On The Front Lines of COVID

Diary Of a COVID Nurse: The Fear and The Hope

The NCLEX-RN: The Exam, Application and How To Go About It