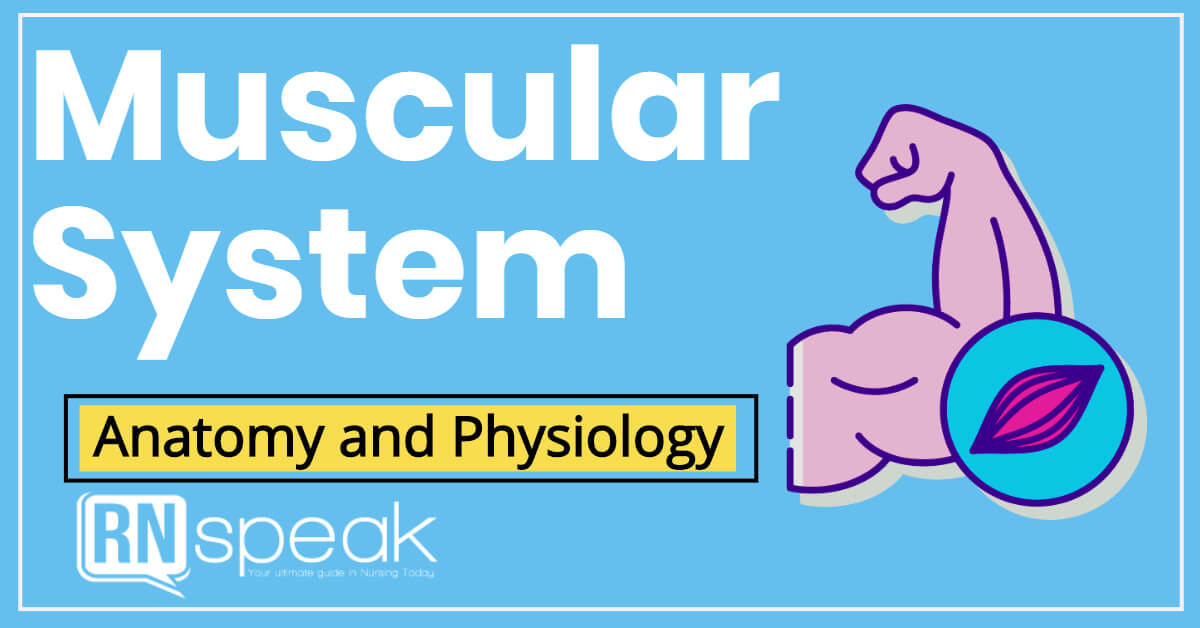 The muscular system is composed of, well, muscles! But don’t let this trick you – there are approximately 639 muscles in the human body. As a nurse, you can’t expect yourself to know the names of each of the hundreds of muscles so you can take care of a patient with myasthenia gravis or any other muscular disorder.  Instead, you have to know the basic anatomy of each of the three types of muscles, what their functions are and the names of the major muscles in the body.

As a body system, the muscular system serves different important functions for man’s survival. Through the skeletal muscles, this system maintains the posture of an individual, as well as initiate, continue and stop body movement. With the smooth muscles, digestion of food is made possible even without conscious thought. Finally, the cardiac muscles of the heart enables it to pump blood in, out and around the said organ so blood can be circulated properly throughout the body.

Skeletal muscles are voluntarily controlled muscles since they are managed under the somatic nervous system. They are striated, and most of them are connected to bones through tendons. Each skeletal muscle is composed of myocytes or muscle cells. Each myocyte is composed of myofibers, which are in turn comprised of myofibrils. These myofibrils are actually comprised of actin and myosin filaments. When these two are perfectly repeated, they form subunits of myofibrils called sarcomere. The sarcomere is the basic unit of a skeletal muscle as it is responsible for its contraction.

Back in the myofiber, there are two proteins called troponin and tropomyosin, which are regulators of muscle contraction. The myocytes can be stimulated by the neurotransmitter acetylcholine. When the myocytes are excited, the interaction between the proteins, actin & myosin results to the contraction of muscles.  The contraction of involved skeletal muscles leads to the movement of a body part.

Cardiac muscles are striated, involuntary muscles found in the heart. Each cardiac muscle is composed on myocardiocytes, each containing only a single nucleus. When the cardiac muscle cells contract in a coordinated manner, the heart is able to pump blood through the ventricles, the atria, and the various circulatory sytems (lungs, body, coronary, etc.) The cardiac muscles rely on the coronary arteries for the supply of oxygen and nutrients as well as removal of waste like carbon dioxide from them.

Important Muscles You Need to Know

1. Deltoid. Located at the upper portion of the arm (humerus), the deltoid muscle abducts, flexes, and extends the shoulder. This muscle plays an important part when you administer drugs that require intermuscular (IM) injections, usually vaccines.
2. Adductor muscles of the Hip. Many patients suffer from hip fracture, and these muscles are usually heavily affected in such cases.
3. Foot muscles (Tibialis anterior and posterior, longus, brevis, etc). The muscles are at high risks for damage as we tend to use them every day. Many patients also suffer from various kinds of foot injuries.