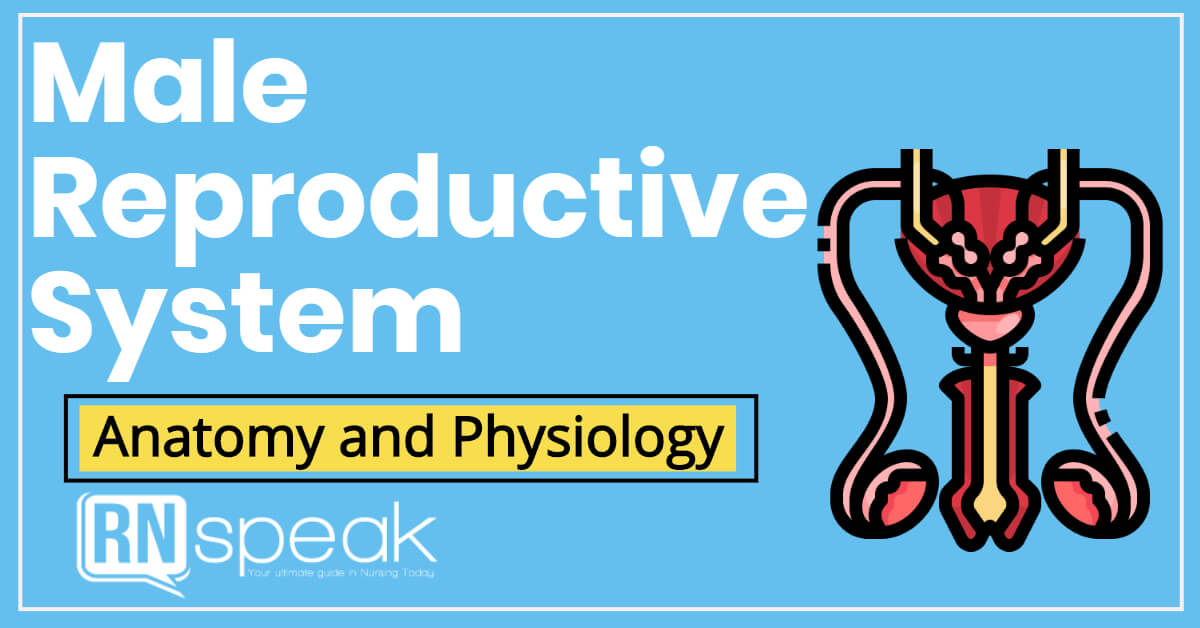 Preservation of the human life not only depends on the pregnancy of females alone. This will not be possible without the help of the male species and their share in reproduction. The different sex organs of the male are functioning in harmony to produce and ejaculate seminal fluid into the female reproductive system during sex.

The system is also responsible for the production of male sex hormones that are necessary for the maturation of a man during puberty stage. Not like the anatomy of the female reproductive system, where the structures are situated completely inside the pelvic cavity, the male has sex organs that are both located inside and outside of the cavity.

The following are the major functions of the male reproductive system:

The Main External Structures of the Male Reproductive System

The penis is the main sex organ used during intercourse. It is made up of three parts: the root, which serves as the attachment between the penis and the abdomen, the shaft or body, and the glans, which is the cone-shaped portion located at the tip of the penis. The foreskin is a loose layer of skin that covers the glans or penile head. Circumcision is a procedure occasionally done to remove the foreskin. At the end of the penis, the urethra, which serves as the passageway of semen and urine, opens to the outside of the body. The penis is a very sensitive organ due to its several nerve endings.

The scrotum is a sac of skin, similar to a pouch, which freely hangs below and posterior of the penis. It houses the testicles, also termed as testes, along with numerous blood and nerve vessels. One of the function of the scrotum is to “control the climate” for the testes.  The normal temperature level for sperm development, which is slightly below body temperature, is regulated by the scrotum. There are accessory muscles attached to the walls of the scrotum that allows it to contract during cold and relax during warm temperatures.

These are oval-shaped structures, similar to large olives, located within the scrotum and secured at both ends by the spermatic cord. Normally, a man has two testes. These organs are responsible for the production of the main male sex hormone, testosterone, and sperm. Inside the testes, the seminiferous tubules coiled. These tubes generate the sperm cells.

The Main Internal Structures of the Male Reproductive System

It is a tube that is both extensive and coiled, which is situated posteriorly to each testicle. This is where the sperm cells are being stored and later on transported. It is also where the sperms are maturing, since the testes produce immature sperm cells. Contractions, caused by a sexual stimulation, push the sperm into the ductus deferens.

It is also termed as the vas deferens. It is a long yet muscular pipe that spans from the epididymis up to the pelvic cavity. It is located posterior to the bladder. It is responsible for the transport of mature sperm cells from the epididymis to the urethra. This is done in preparation before ejaculation.

Ejaculatory ducts are created from the union of the vas deferens and the seminal vesicles. These ducts end into the urethra.

It is a canal that has the major role of carrying urine from the bladder, then going outside of the body. In males, it also serves as a tube where semen is being ejaculated during intercourse.  During erection of the penis, urine is blocked from flowing into the urethra, permitting only the ejaculation of the semen.

These are pouch-like sacs that are connected to the ductus deferens. These are adjacent to the bladder. The seminal vesicles feed the sperm through the production of a sugar-rich fluid. This fluid helps give energy to the sperms for motility and makes up most of the amount if the ejaculatory fluid.

It is a structure that is positioned under the urinary bladder, anterior of the rectum and similar to a walnut in shape. It has the function of providing additional fluid for ejaculation. Fluids provided by the prostate gland nourish the sperm cells. The urethra passes through the middle of the gland.

They are also known as the Cowper’s glands. These glands are just like the size of peas and situated on either sides of the urethra. They are responsible for the production of smooth and clear fluid that drains into the urethra. This fluid gives lubrication to the urethra and controls the acidity level from the residues of urine.