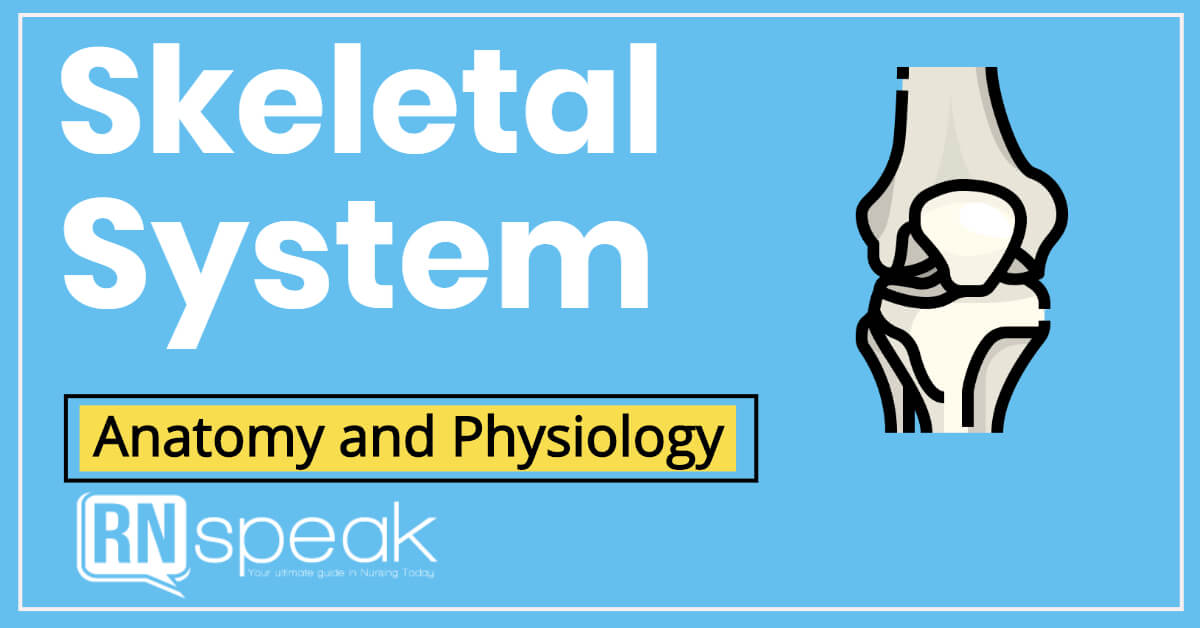 Can you imagine how people would look like without a skeleton? How would people function without the bones to support the body or perhaps joints, tendons or ligaments that help muscles with movement? Well, humans will probably look like heap of guts enclosed around skin and flesh, ugly, floppy and saggy. Humans will be vulnerable to injury, probably static or squirming and unproductive. That would definitely be a nightmare so as of the moment why don’t we snap back and get to know about our skeletal system.

Indeed humans are fortunate to have the entire skeletal system because it fulfills many important functions in the body. The skeletal system protects the soft tissues and vital organs; enables easier locomotion and serves as a framework as it shapes and supports the entire body. In addition to the system’s three primary functions, the bones in particular have other important roles and that is the production of blood cells as well as serving as a warehouse for minerals.

What is inside a bone? − It is composed of bone cells and matrix of collagenous fibers embedded in calcified ground substance.

-Bone cells are found in the trabeculae

Types of Bone (according to comprised tissue)

Types of Bone (according to structure and shape)

The bone marrow plays a vital role in hematopoiesis which is the formation of blood cells such as red and white blood cells, and the like. The hollow (marrow) spaces of the ribs, vertebrae, sternum, and pelvis contain particularly contain red bone marrow. Meanwhile, the long bones contain yellow bone marrow. It is also in this hollow part of the bone that a needle is inserted for aspiration of marrow to help diagnose leukemia and certain other diseases.

Formation of bone tissue continues even after bones have stopped growing in size. Bones pretty much depend on some vitamins and minerals such as vitamin D, vitamin C, growth hormones, estrogens and androgens, and vitamin A for proper bone development and balance in bone formation (ossification) and bone destruction (resorption).

Males tend to have heavier, larger and longer bones as compared to females which can be attributed to the fact that females’ and males’ bones develop at different rates. Females complete their development sooner compared to males whose bones are able to develop longer. Longer development means continuing growth, thus, bones become larger and are heavier because of a lengthier time to gain bone mass. The jawbones of males are more angular and tend to be square-shaped at the chin while females’ jawbones are more rounded and pointed at the chin.

Furthermore, men also have pronounced brow ridges as compared to women. These are certain aspects why facial structure is clearly different visually in men and women. In addition, another subtle difference between men and women’s skull structure is the appearance of the external occipital protuberance which is a protruding part at the back of the skull which is said to be more prominent in men. But the most evident difference with the female and male skeletal structure is the pelvis. Females’ pelvises are adapted to gestation and childbirth that is why their pelvic cavity is circular in shape and the pelvic bone is smaller, wider and shallower as contrasted to males’ which is not as shallow.

The skeletal system becomes vulnerable through time especially with the gradual wear and tear of tissues, exposure to infectious agents and presence of genetic anomalies which makes succumbing to bone diseases a potential consequence.

Bone disease is a general term for a wide array of bone disorders that affect the structure or strength of the bone or the cells that are being produced in the marrow. An example of bone disease that affects the composition of the bones is Osteoporosis, a condition where calcium and minerals in the bone are depleted making bones lose density making them weak and easily fractured.

On the other hand, Osteogenesis imperfecta is another bone condition where people are born with defective connective tissue and these makes bones easily break. Another bone condition caused by infection is osteomyelitis, where bacteria and other microorganisms attack the bones. Leukemia, on the other hand, is a cancer that affects the hematopoietic function of the bones wherein immature white blood cells are produced and multiplied abnormally in the body. Among others, these diseases and disorders can be something we are born with or may be pathologic but generally when bone conditions develop they present some similar symptoms like anemia, infections, skeletal abnormalities and fractures.

Basically, the ultimate health of the skeletal system relies on a number of factors which includes the genetic make-up, lifestyle, diet and exercise. Ignorance of the presence of such factors can lead to a number of those diseases and conditions which are not only agonizing but also can make simple activities much more difficult to perform.